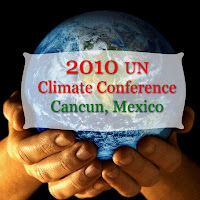 The climate agreements at COP16 in Cancun, Mexico included short and long-term finance, transparency of financial contributions, and the establishment of the Climate Fund.

“Cancún has done its job. The beacon of hope has been reignited and faith in the multilateral climate change process to deliver results has been restored,” said UNFCCC Executive Secretary Christiana Figueres. “Nations have shown they can work together under a common roof, to reach consensus on a common cause. They have shown that consensus in a transparent and inclusive process can create opportunity for all. Governments have given a clear signal that they are headed towards a low-emissions future together, they have agreed to be accountable to each other for the actions they take to get there, and they have set it out in a way which encourages countries to be more ambitious over time,” she said.

As stipulated in the agreement reached at COP16, the delivery of climate finance will be transparent and there will be a system to monitor and verify the promised funds.

COP16 formalized the short term financial agreements reached in the Copenhagen commitments, however these commitments will need to be increased to deliver 30 billion through 2012.

This year’s global climate talks made progress on long term finance including the effort to raise revenues from international transport (shipping and aviation). However, South Africa’s COP17 scheduled for next year will have to build on COP16 to achieve the 100 billion commitment required.

Despite low expectations, the arrangements on finance indicate that we have made progress at COP16. The Cancun Agreement will allow critical actions to reduce emissions, as well as protect people from the catastrophic impacts of climate change.

Perhaps most importantly this agreement may have rebuilt the spirit of compromise needed for countries to work together. The overall package will create a solid foundation to build progress to address climate change.

Jake Schmidt, the International Climate Policy Director for NRDC summerized the success of COP16 this way: “Here in Cancun, 193 countries came together and demonstrated a renewed commitment to the fight against global warming. The Cancun Agreements are a detailed set of visionary, yet pragmatic principles that make important strides to begin implementing the agreement reached in Copenhagen last year. The countries gathered in Cancun made progress on emissions reductions, greater transparency, forest preservation and the creation of the green fund to help mobilize much needed investments throughout the world.”

Click here to see the full text of the Cancun Agreements.

Confessions of a former capitalist: The journey that made me an advocate of radical change

Almost ten years ago, journalist and author Naomi Klein asked me whether capitalism can be sustainable. I responded by citing a mountain...

How 3 Carbon Removal Technologies Work Together to Mitigate Emissions