Why Climate Change is a Clear and Present Danger: The Facts About Global Warming 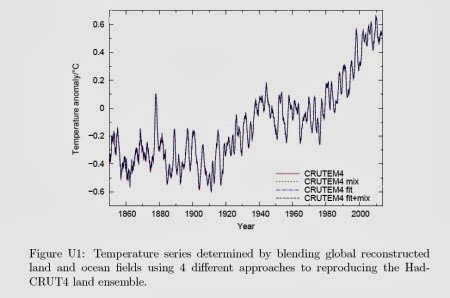 According to climate scientist Andrew Emory Dessler we have a “robust understanding” of climate change that makes it hard to refute anthropogenic global warming. This article summarizes what we know about climate science.


The information presented here is a summary of his testimony regarding the most important conclusions the climate scientific community has reached in the last two centuries. He describes conclusions that scientists know to be true with a high degree of confidence.

1. The climate is warming

He points to observed increases in the temperature of the lower atmosphere and ocean spanning many decades. This includes the global average surface temperature, and ocean warming. This data is supported by a “mountain of ancillary data” including satellite measurements, ice loss and sea level rise.

2. Warming is due to Human Activities

He reviews the evidence for emissions of carbon dioxide and other greenhouse gases as the causal factor in global warming. He states that humans have increased the amount of carbon dioxide in the atmosphere from 280 parts per million in 1750 to 400 parts per million today. Methane levels have more than doubled over this period, and chlorofluorocarbons did not exist in our atmosphere before humans. He explains that the observed relationship between GHGs and warming are consistent with climate models. Far from overstating the case, he sees the IPCC’s conclusions as “conservative.”

3. Future warming could be large

He goes on to say that if we continue with business as usual, GHG emission will keep rising and lead to a 21st century global average warming of 4.7 – 8.6°F3. Regionally, on land and in the Arctic, the warming is apt to be larger. Such temperature increases would “herald a literal remaking of the Earth’s environment and our place within it.”

4. The impacts of this are profound

The virtually certain impacts include:

As explained by Dessler, “those impacts and their magnitude are, by themselves, sufficient to compel us to act now to reduce emissions.”

Other outcomes are less well known, but could prove to be significant, this include:

In addition to these concerns there is always the possibility of what Dessler calls a “surprise” from “some high consequence impact that we never anticipated.”

5. The Dangers of Inaction

Dessler points to newly published research (Allen and Stocker, 2014) which shows that every year we do not act to reduce GHGs commits us to about 2 percent more eventual warming. This adds to the urgency of acting soon as the longer we wait the harder it will be to limit global warming to under 2°C.

Related Articles
Climate Change is an Economic and a Security Issue
15 National Security Officials on the Threat of Climate Change
Climate Change Social tensions and Conflict
Climate Change and Conflict: Excerpts from a 2013 US Intelligence Report
Climate Change 2012: Security, Resilience and Diplomacy
US Military: More Renewable Energy Less Fossil Fuels
The Chinese and American Government’s Agree on climate change and energy security
How to get Through to Climate Deniers
Security Issues in the Second Quarter of the Fifth IPCC Report
A Sustainable World Order
Water as a Weapon of War
Peak Oil

A Guide to Writing an Environmental Policy for Your Business

A Guide to Writing an Environmental Policy for Your Business